Where in the World to Find the Best Arabica Coffee

Arabica is a term that describes a variety of coffee bean plant that is the most sold coffee bean species in the world.  We will go into a deeper description of what Arabica means and give some examples of the Best Arabica Coffee.

Do You Want The BEST Arabica Coffee Beans?

Coffee drinkers generally prefer Arabica when it comes to taste. Being the most preferred, it is therefore produced in much higher quantities than Robusta.

The flavor can vary greatly depending on where the coffee bean is harvested from.

The location of the coffee bean also affects the price and quality.

Coffee beans do require a climate of heat.  What this means is that you won’t find that any of the best Arabica coffee beans being grown in cold weather climates.

This means that the countries that produce coffee beans are all typically close to the equator.  I found this article from Espressotec that has a great map towards the middle of this page where you can see the distribution across the world.

Brazil produces just under half of the Arabica coffee world wide.  Other major producers include Colombia, Ethiopia, Peru, Honduras, and Mexico.

About a quarter of Arabica coffee is produced in other regions.  We talk about all of the regions in more detail in our article discussing coffee bean locations from around the world.

The Best of the Best

Like I mentioned above, these are the top producers of Arabica coffee beans:

Here are the best Arabica coffee beans from each of those regions.  And, why they are considered the best. 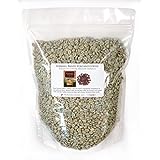 This bag of unroasted goodness tops the list of beans from Brazil.

Yellow Catuai is a variety of Arabica that grows in the Sao Paolo region.

These beans have a black cherry aroma and include notes of anise, cherry cola and almond.

Red Mundo Novo Arabica is a variety of Mundo Novo that is less acidic than the Yellow Catuai.

These crops can be high yield and are large red berries.

The Red Mundo Novo cuts the acidity of the Yellow Catuai to create a smooth blend that works well for various roast choices.

Ok, this isn’t a bean.  But, the reviews and ratings for this Colombian product are just to good to not mention.

Starbucks does coffee.  And, they have done it again with this product.

Of course, starting with a quality Colombian bean doesn’t hurt.  Colombia can arguably brag as having the best Arabica coffee in the world.

This product dissolves in hot water.  So, it’s not something you would buy to use with your own coffee maker.

That might be a drawback for some.  But, for many, this is a time saver that doesn’t scrimp on taste.

This also allows you to take packages on the go for those times when you just need to get out the door (maybe to make the bus).  But, you’ll have time later once you get to your destination (that also can provide hot water).

This product is also great to take on camp outs.

If you’re dead set on a great Colombian bean, this was the best bean we found. 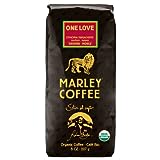 Marley Coffee imports this coffee from the Yirga Cheffe region of Ethiopia.

This region is sometimes called the Southern Nations, Nationalities, and People’s Region.

Coffee from this region exhibit a lemon-jasmine aroma with a hint of roasted coconut that gives it a distinct taste and smell.

This type of coffee is also considered “washed” as the farmers in this region typically wash the beans before roasting.

Many describe the coffee that is brewed from these beans as sweet with a light to medium body.

Also, these bean have undertones of berry or wine. 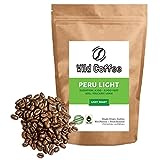 Harvested between 4,100 and 5,900 feet in the Cajamarca mountain region of Peru, Wild Coffee Peru light roast is a real crowd pleaser.


The region is near volcanic activity that occurred thousands of years ago that has produced volcanic loam soil.

This soil is very rich in minerals and coffee plants flourish in rich volcanic loam soil.

This Wild Coffee Peru label reads “light roast”.  But, for a light roast, the roast of these beans tends to be on the roasting scale closer to a medium roast than in the other direction.

Several comments in reviews for this brand found these beans to be much darker than they expected.

The Wild Foods company also stands behind their products offering a 100% refund if you aren’t satisfied for any reason.  So, you have nothing to lose when trying this brand. 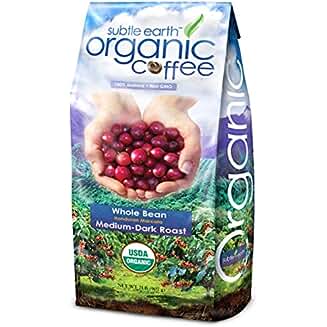 We have featured this Don Pablo product before while reviewing the best Fair Trade Coffee Brands.  And, this coffee bean is one of the top coffee beans on The Coffee Bean Menu web site.

Don Pablo is one of our more responsible coffee bean companies.  They take the extra steps to be environmentally conscious and socially responsible.

They work to choose the most organic (USDA certified) and high quality beans they can find.  These were very close to being our top choice as making the best Arabica coffee.

And, they work with farmers to help them get a fair price.

These Honduras coffee beans are some of the most popular that Don Pablo sells.

Experienced cupping connoisseurs describe a velvety mouthfeel to the body.  There are mixed reviews about sensing the chocolate notes.  Some tasted it, other not so much.  Others found nutty or fruity notes.  Another notices an anise flavor.

The roasting is advertised as “medium-dark”, and drinkers across the board agree with this assessment.  Some drinkers find that the roast over powers any of the described notes.

Chiapas is a region in Mexico that is in the southern most tip of the country.

Residing just north of Guatemala and just west of Belize, this organic coffee bean has notes of cashews, pear and brown sugar.

Coffee beans from this region are known for their light aroma, natural chocolate flavors and bright acidity.

Drinkers did take notice of chocolate and caramel flavors.  Aslo, some noticed floral earthiness to the flavor.

These bean brew a medium bodied cup of coffee.   And, many found the acidity to be low.

These Chiapas beans advertise as medium roast.  Drinkers were all over the place with their opinions about the roast.  The consensus is that these are definitely medium.  But, some describe the roast as lighter than expected.  Others describe them as darker than expected.

This discrepancy is not totally unexpected as people generally are comparing the roast to some other brand that had a similar description.

Arabica is the top selling species of coffee bean in the world.  The main reason is the taste is sweeter and more pleasant than other species.

The second highest species is Robusta.  The taste of Robusta just can’t compete with Arabica, but Robusta does beat out Arabica in its ability to deliver caffeine.

Do You Want The BEST Arabica Coffee Beans?

We hope you enjoyed our research into the Best Arabica Coffee.  If you have your own suggestions, please leave them in the comments.  If you liked our research, please share us on your favorite social media platform.

Where in the World to Find the Best Arabica Coffee  Brands, Regions  Add comments