In this article we’ll talk about what makes a great coffee additive.  And, why.

Please join in the discussion in the comments below if you have additional suggestions.

Do You Want the BEST Coffee Additive?

Here is a list of coffee additives by popularity:

Ok.  This list might not be in popularity order.  I’m testing you to see if your paying attention! Yes, cream and sugar are the staples of coffee additives.  We consider milk to just be a derivative of cream.

So, include we include milk as a staple.  Also, half and half and whipping cream.

These are absolutely the most popular coffee additives.  You can find them at pretty much any restaurant that serves coffee.

If you are at a restaurant that serves coffee and doesn’t serve some form of cream and sugar, then I question what country you’re in.  Strike that.  What planet you are on!

While the staples do provides a level of sweetness that many coffee lovers are looking for when they are diluting their coffee, in this grouping, we’re talking about those additives that do more than just sweeten your drink. If you love cinnamon ice cream, or cinnamon coffee cake, you should try cinnamon in your coffee.

The taste is wonderful, and it can also provide health benefits.

There are two main varieties of cinnamon:

This is the one you want if you’re looking for health benefits.

Do You Want the BEST and Correct (Ceylon) Cinnamon?

Cassia is a form of cinnamon that comes from the Cinnamomum Cassia (or Cinnamomum Aromaticum) plant.

Cassia cinnamon typically is manufactured in Asia and provides similar taste that you are used to for cinnamon.  But, not the health benefits.

In fact, Cassia cinnamon contains large amounts of coumarin, that have been found to have negative side effects.

Make the right choice and make sure you use Ceylon.

Something else that’s good to know is that ground cinnamon can often “gunk up” in your cup.  A great alternative is to use cinnamon sticks and just soak them as you let your coffee cool.

A stick can last you for many cups an will provide you the taste and health benefits you’re looking for without gunking up your cup. 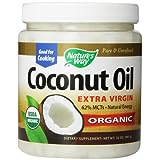 Ok, maybe it doesn’t protect baby seals.  But, after you read this list of benefits, you might wonder if it really does.

But, Coconut Oil has quickly become the new super food that provides amazing health benefits while not giving you bitter beer face.

Here are just some of the benefits I found:

I think I can still make a case for baby seals with a little twisting of this list.

The other great news with Coconut Oil is that its not some handful of pills that you have to choke down twice a day.

And, the best part, it actually tastes really great!

So, give a tablespoon of this miracle ingredient a try.  You might find you like the taste of you daily coffee that much more. Well, after listen to that list of health benefits from coconut oil, what the heck does Vanilla Extract have to offer.

It actually turns out that Vanilla does have many health benefits.  We found this article that does a great job of talking about those.

Many of you would agree that coffee is one of those foods that just has the most incredible smell.

Even those that don’t drink or like coffee seem to love that smell.

Well Vanilla is right up there in term of great smells.

So, what could be better than to combine two of the worlds greatest smells into one combined super smell!

It is truly wonderful! One of the true never ending arguments of all time?

For me, its Vanilla.  For my wife, its Chocolate.

Ice Cream, candy bars, dessert cake, pudding, there are so many ways that they compete.

So, why not in Coffee?

Well, turns out there isn’t a reason to exclude coffee, because chocolate is spectacular when combined with coffee.

Do you like your chocolate dark?  Well, how about your dark chocolate in your dark roasted coffee?

You like milk in your coffee?  Well, then you should try milk chocolate!

I had tried coffee flavored hot chocolate before.  But, not the other way around until now.

And, while we are mainly talking taste here, I don’t want to short change chocolate on the health benefit front.  While chocolate might not cure cancer (that we know of yet), this article does provide several health benefits. I did put this one towards the end of the article.  But, don’t hold back on trying this one.

Pumpkin Spice is also a great change of pace during those fall months and can really get you in that fall mood.

Standing in kitchen window on a rainy Fall morning.  Watching the leaves change.  A little pumpkin spice in your coffee just completes the feeling of Fall with it’s wonderful aroma.

And, yes, pumpkin also brings its own list of health benefits to the table.

You might think you are completely happy with your Plain Jane cup of coffee.  And, you might be.

But, take a chance one day to try one or more of the suggestions we’ve made.

Do You Want the BEST Coffee Additive?

You might find the taste to be even more addictive than the coffee itself.  Why not turn that coffee addiction into a coffee additives addiction that also provides health benefits?